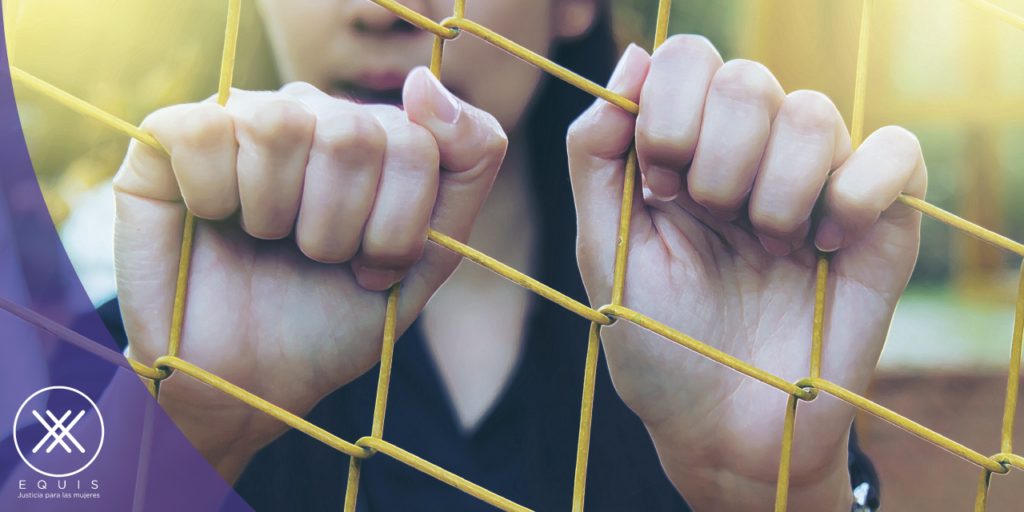 Equis Justicia para las Mujeres (Equis hereinto) is grateful to the Vienna NGO Committee and the Commission on Narcotic Drugs for the opportunity to participate with this statement in the special event of June 26th 2020, as part of the launch of the World Drug Report.

Equis is a feminist organization committed to the advancement of women’s rights, with a particular focus on women’s access to justice. Since 2014, our work includes research and advocacy on gender, drug policies and incarceration in Mexico and at the regional and international level.

In 2019, we widened our scope to include women who use drugs and are detained in prison facilities or in drug treatment centres. Between February and December we interviewed more than 40 women and girls and visited three prisons and nine drug treatment centres. Our findings, which will be presented later today through the launch of our policy brief (the executive summary will be available in English), span across two main topics: on one hand, women’s experiences with drugs, going from their first use to the development of dependent or problematic consumption; on the other hand, their current context of detention.

In the interviews, women and girls shared traumatic experiences of violence during childhood which turned into cyclical gender-based violence across their life. Multiple episodes of sexual abuse, family neglect and state institutions’ abandonment or violence were common in almost all their narratives.

This calls for an urgent need to reinforce actions aimed at preventing and eliminating all forms of violence against children, and against women and girls.

But in this brief intervention, we would like to draw your attention to the human rights severe violations we were informed of in the private drug treatment centres that we visited, such as:

Compulsory drug treatment -and the severe human rights violations that are implicit and concurrent to it-, takes place in numerous countries and regions. Its consequences on the individuals and their families and communities are devastating. However, even in the context of the COVID-19 pandemics and the calls to reduce and prevent incarceration that have followed it, compulsory drug treatment centres are generally overlooked.

With this statement, we hope to draw the attention of the international community and reactivate the calls for the closure of compulsory drug detention and rehabilitation centres  contained in the United Nations’ Statement Compulsory drug detention and rehabilitation centres (2012) and to prompt member states to immediately release people arbitrarily  and illegally detained.